Private First Class, Earl Rondin has been a resident of Middleburg Heights for 60 years, said Middleburg Heights Mayor Matt Castelli. “It’s the men and women like Earl that make me proud to be an American” Mayor Castelli elaborated to say “Veterans Day to me is a day to say thank you and to recognize the contributions our soldiers have made in the effort to keep us free. Veterans Day is a day that reminds us that we as a Nation can come together in the most difficult times and that we always win together.”

Earl Rondin celebrated his 18th birthday on January 4, 1944 and then was shipped out for basic training to become a Military Police officer (M.P.). Earl had many duties as an M.P. from guarding the Army nurses who worked in the hospitals to guarding soldiers while they collected and buried Japanese dead after battles.

In a letter written home April 8, 1945 Earl accounts that one of his proudest moments was taking part in the invasion of Okinawa with the 7th Division on Easter Sunday, April 1, 1945.

Over this 8-day period the 7th Division was pushing forward to an advanced position that brought Earl as close to the front lines as an M.P. had ever been.

During this time Earl was being transported in an open truck that was hit by a Japanese shell causing him to be thrown out backwards and knocked unconscious, the next thing he remembered was waking up in a hospital ship and was then taken to Guam for recovery.

It was not until near the end of the war, June 15, 1945, that Earl was cleared for duty and returned to his unit with new-orders to search tunnels to flush out any remaining enemy and burial vaults where the Okinawans had taken shelter. In one of his letters to home he wrote “The most sacred thing to the Okinawans are their burial vaults. I’m afraid the spirits of Japanese ancestors will not rest in peace due to this invasion.”

In July of 1945, with an Allied Forces victory on the horizon, Earls orders changed once again and he was assigned to guard the Japanese POWS.

Even though this was a challenging and sometimes dangerous job Earl developed a rapport while guarding the Japanese POWs. He taught them some American songs and he copied an essay a Japanese prisoner was writing about the downfall of Okinawa. It was titled “82 Days to Defeat” and it talked about the hardships endured by the Japanese during the battle for Okinawa.

Earl also guarded an English-speaking Japanese prisoner and they shared many stories with each other that helped offset some of the horrors of war.

At the end of the war while reflecting on all that had happened Earl wrote and shared several poems about the war, his favorite was written on December 25, 1945 titled “GI Christmas”

We want to thank Earl for his service and all the other men and women who have served our Nation. 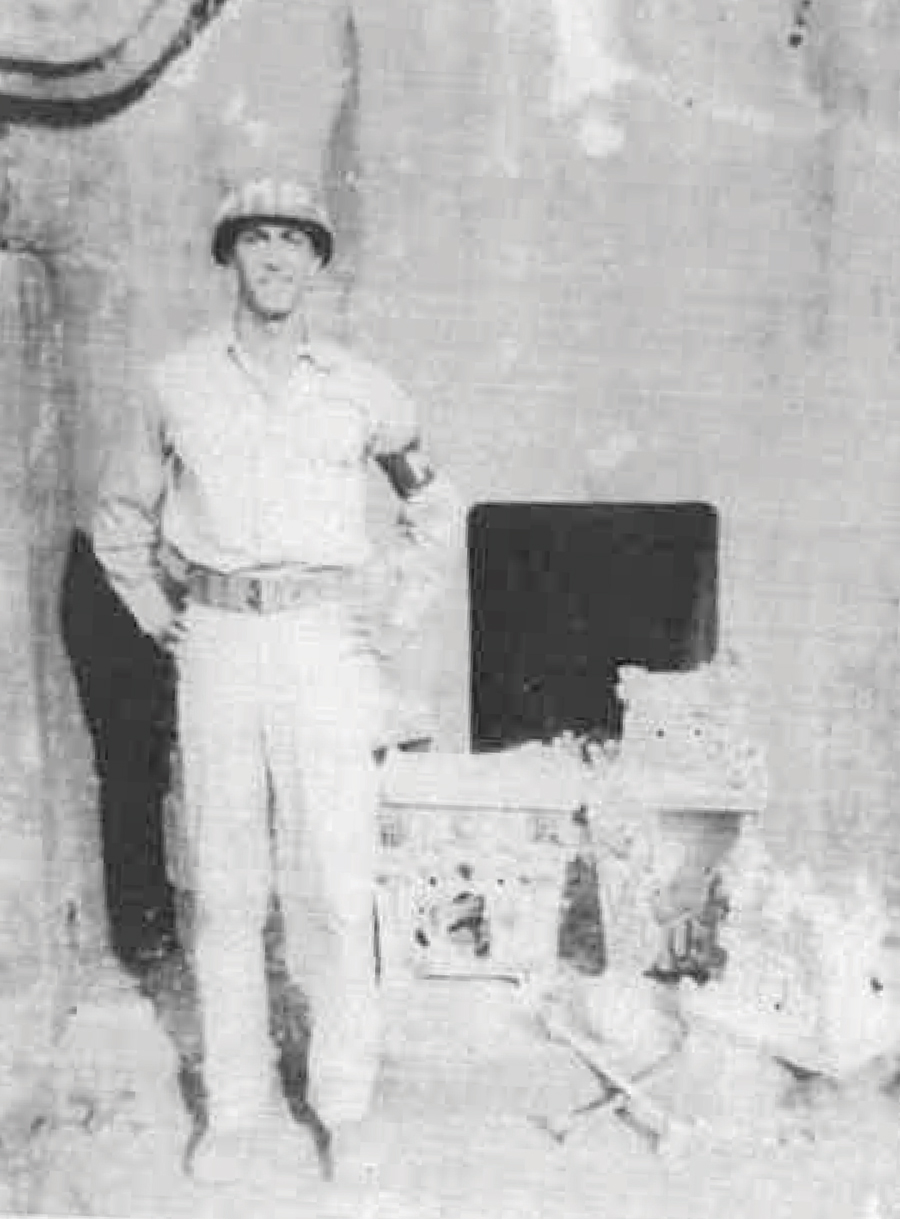 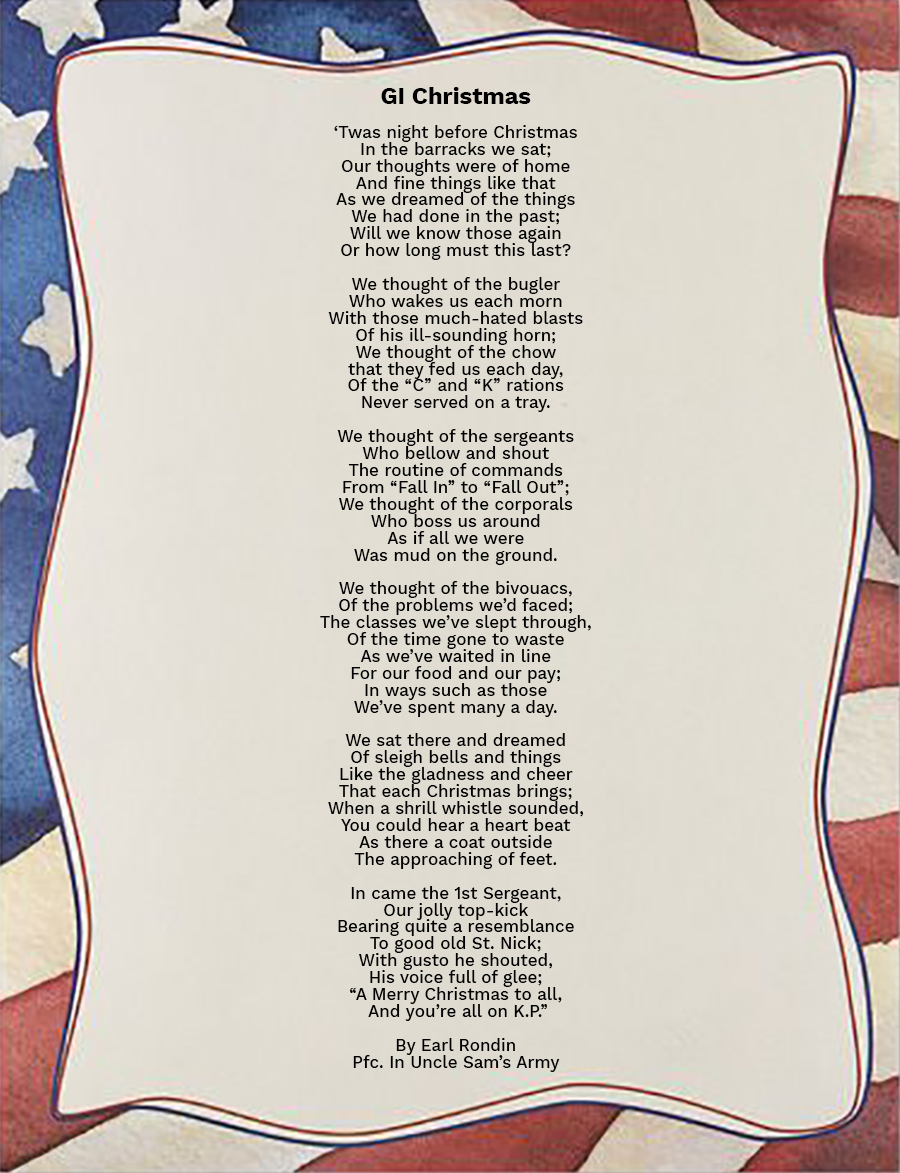