The Interlake Steamship Company of Middleburg Heights recently launched its new ship, M/V Mark W. Barker, which is the first ship for U.S. Great Lakes service built on the Great Lakes since 1983. The new self-unloading bulk carrier, which measures 639 feet in length, will transport raw materials such as salt, iron ore, and stone to support manufacturing throughout the Great Lakes region. With its largest privately held U.S.-flag fleet of nine vessels on the Great Lakes, Interlake has been carrying bulk cargoes that have been fueling the region’s economy for more than 100 years.

Headquartered in Middleburg Heights since 2011, Interlake employs 400 men and women who live and work in the region, and the 20 million tons of raw materials they transport annually helps to generate and sustain more than 103,000 jobs in the eight Great Lakes states. 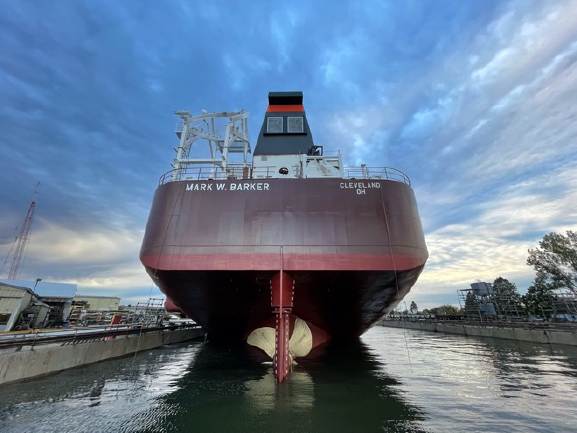 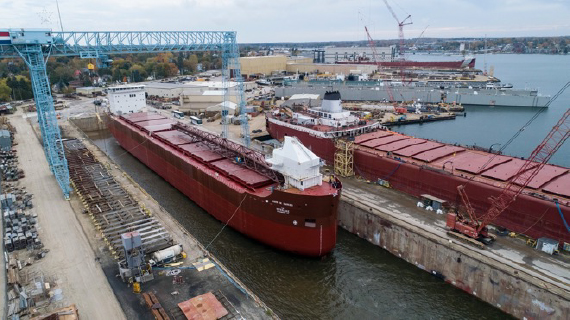