On Monday, June 14, Mayor Matthew Castelli administered the Oath of Officer to Police Officer Kelly Tusing. She was joined by family, friends, and members of The Police Department as she received her Oath.

Kelly attended Lutheran West High School and earned her Bachelor’s Degree in Cyber Crimes and Psychology from Ohio University. She previously worked for the Cleveland Clinic Police Department, and her father, Richard, is a Cleveland Police Detective.

Officer Kelly Tusing will begin her field training on June 23. 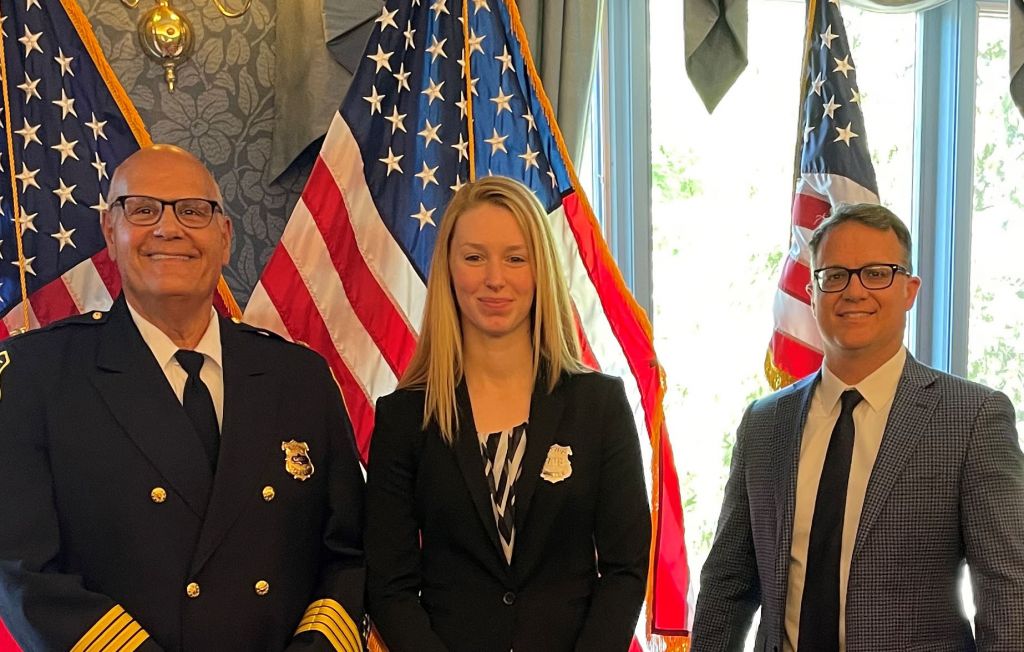