It is with heavy heart that we remember John Simanella, 57-year Middleburg Heights Resident, and in house “DJ” at the Community Center.

John was a World War II veteran who was stationed in England with the 389th Bomb Group; John was a gunner aboard a B-24 bomber from 1942-1945, during the height of World War II, and he flew 30 bombing missions over Germany’s Industrial Heartland known as the Ruhr Valley. After the War he earned a degree in science and minored in philosophy, married Shirley, his wife of 56 years and together raised 8 children. He was an expert bowler, reaching an average of 215 & rolling four ‘300 games; he instructed Cuyahoga Community College students on the skill of bowling and wrote a book titled “Simplified Bowling” available through the U.S. Bowling Congress

John was most known in Middleburg as the “Music Man” at the Community Center. He was the in-house DJ “spinning” his favorite tunes daily for our members and guests. The children knew him best for the stack of pennies he kept ready to offer children a fountain wish. With a rub on the nose and a toss in the air the children were smiling from here to there!

The memories of DJ John will live on in the hearts of our community. We are reminded of the generosity of his time as he volunteered for many occasions. We were honored to have John as the Grand Marshall of our 2019 Summer in the City Parade where mayor presented him with a proclamation declaring June 27, 2019, John Simanella Day in the City of Middleburg Heights. 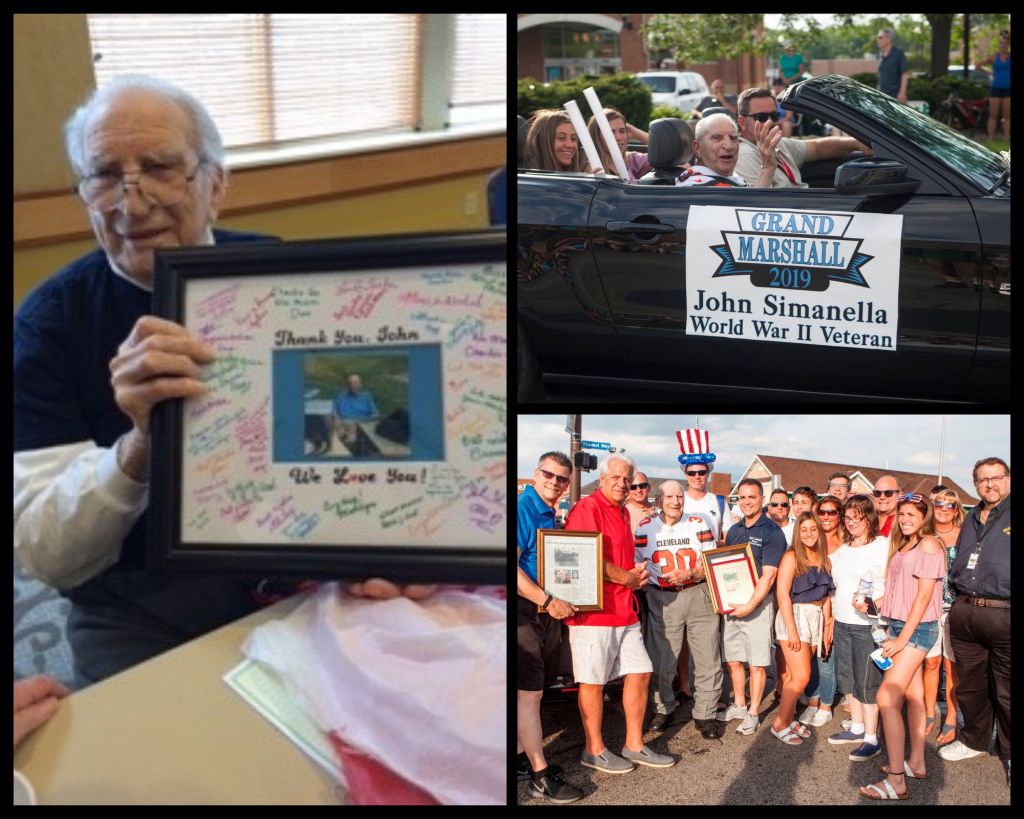